This will be a short one, as I didn’t take screen shots, and I didn’t have to do much to resolve it. Just wanted to make note of it.

The other day I wanted to check my own site and instead of loading I got the message “Error Establishing a Connection to the Database”.

I applied my usual fix first; reboot. While the VM was rebooting it appeared there had been some disk corruption? the automatic fsck failed stating a manual fsck was required. 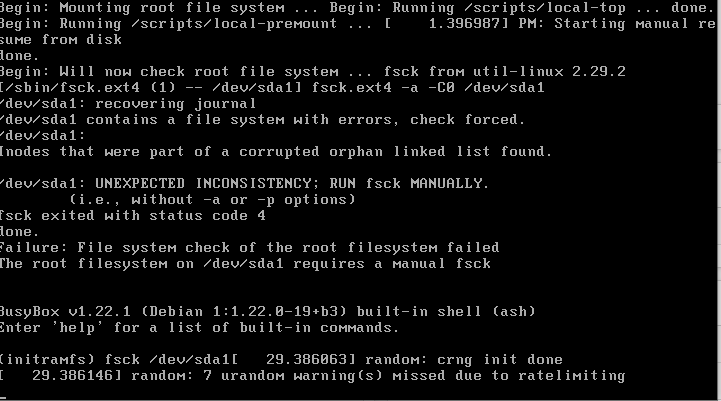 after a bunch of answering yes, it stated the disk was repaired successfully. 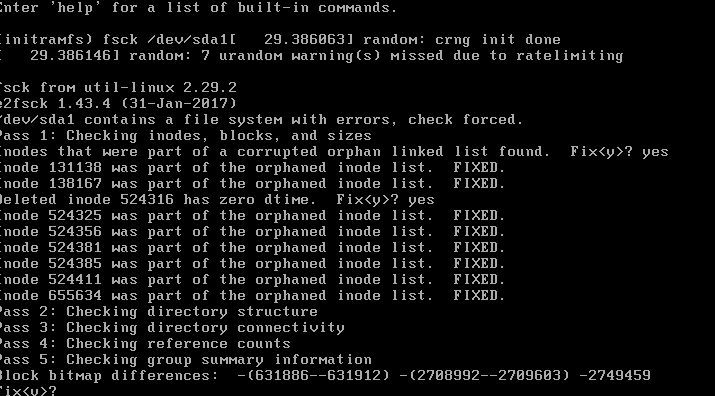 after this I typed “exit” or “return”, and the system rebooted like normal. Lucky for me the WordPress site came up clean after that. However even had this had failed, we all have backups right?