I wanted to try Veeam B&R Free again, now that I discovered a trick on re-issuing the 60 day trial key on ESXi hosts so I should be able to get past my old issue I blogged about “The VMware Screw“…

Run the installer, nothing special here. Love the new UI, amazing how much nicer it is vs the old Free Edition.

Anyway, navigate to Backup Infrastructure to add a Repo, in this case a simple USB HDD I was sharing via SMB on a FreeNAS server. I had created it with open access so no authentication was required to access the share.

As shown here, I was accessing the file share without issue in Windows Explorer…

However, attempting to add it as a Repo… 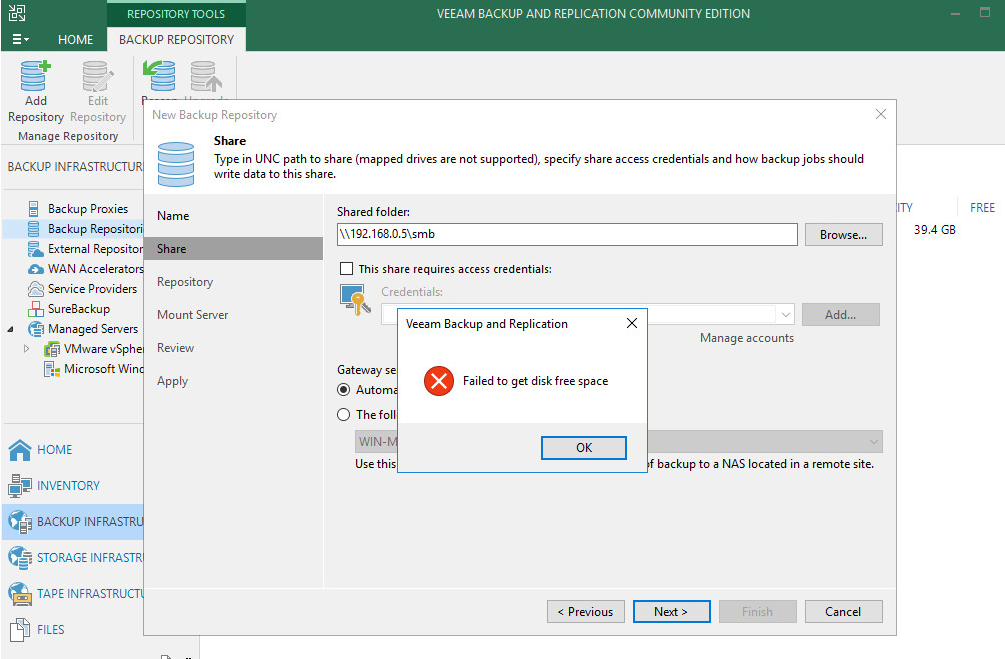 Kind of annoying that anonymous SMB is I guess not supported as a Repo type, or maybe just not with my particular setup, I’m not exactly sure what the exact reason for this error being hit as I don’t have access to Veeam source code. Anyway, I started to google for a possible solution, annoying the first result was simply a post which a Veeam rep simply posted to the second most common solution post which basically stated:

Did that and…. Failed to get disk free space. Since a lot of people on these threads are mentioning the user of a username and password I decided to follow this guide on creating a user for an SMB share on FreeNAS.

Follow the Veeam wizard and… “Can’t get disk free space”

ender – “Depending on your SMB server, you may need to enter the username as DOMAIN\user or SERVERNAME\user before it’s accepted.”

StivoBerlin – “Have you tried to write “YOUDOMAINONYOURSYNOLOGY\youruser” instead of only “youruser” for the NAS login ?”

michaelbrandi – “I have found that it makes a difference if you enter “full” credentials so not admin but IP\admin, not sure it’s universal, but it helped me.”

That’s when I added an account to Veeam as “FREENAS\TestUser” along with the password, and used that credential after entering the path, and got past the error! 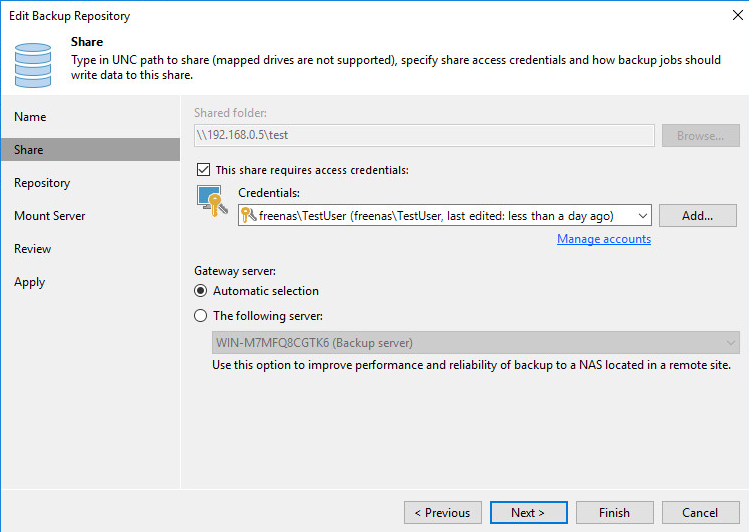 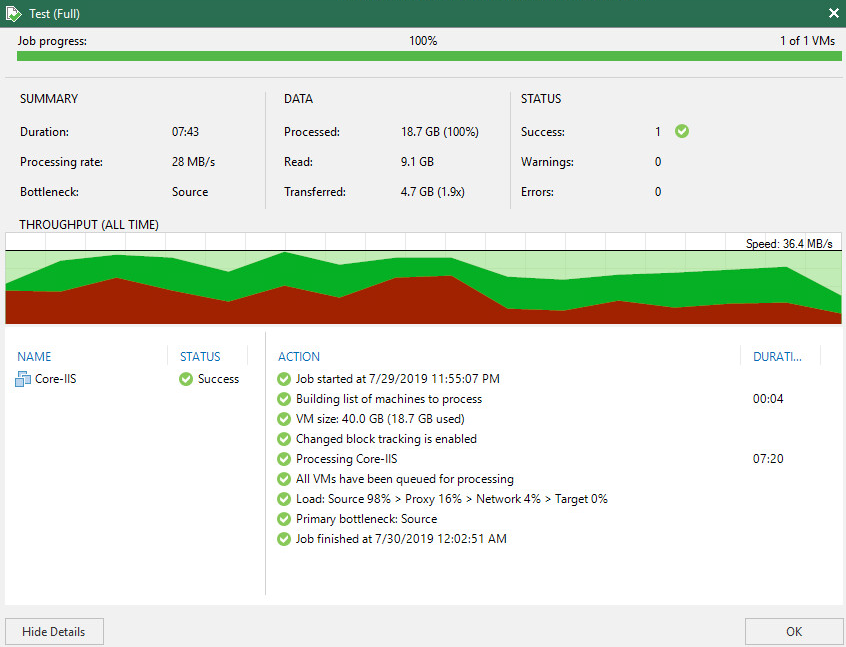 Maybe I’ll re-follow up on my old free VM backup series and bring it back with a proper tut on each step required to make it work.

For now I hope this information helps someone!

One Reply to “Veeam, SMB, and the Failed to get disk free space”