In my previous post I mentioned restoring my ESXi after a bad upgrade. Today when I attempted to add it back into vCenter, it complained stating a Datastore with the same name exists. I was a bit stumped when I saw it showing up under the datastore area as inaccessible, when there should be nothing referencing it. Googling led me to this gem where MikeOD states:

“I figured it out. I was double checking on VM’s on those datastores. Under “related objects”, there were no VM’s or hosts, but there were two old templates that were still referenced by the original VCenter. When I right clicked on the template and selected “remove from inventory”, the data stores disappeared.”

mhmmm, looking at the associated VM, I checked one of it’s settings and sure enough, an old ISO was mounted on it: 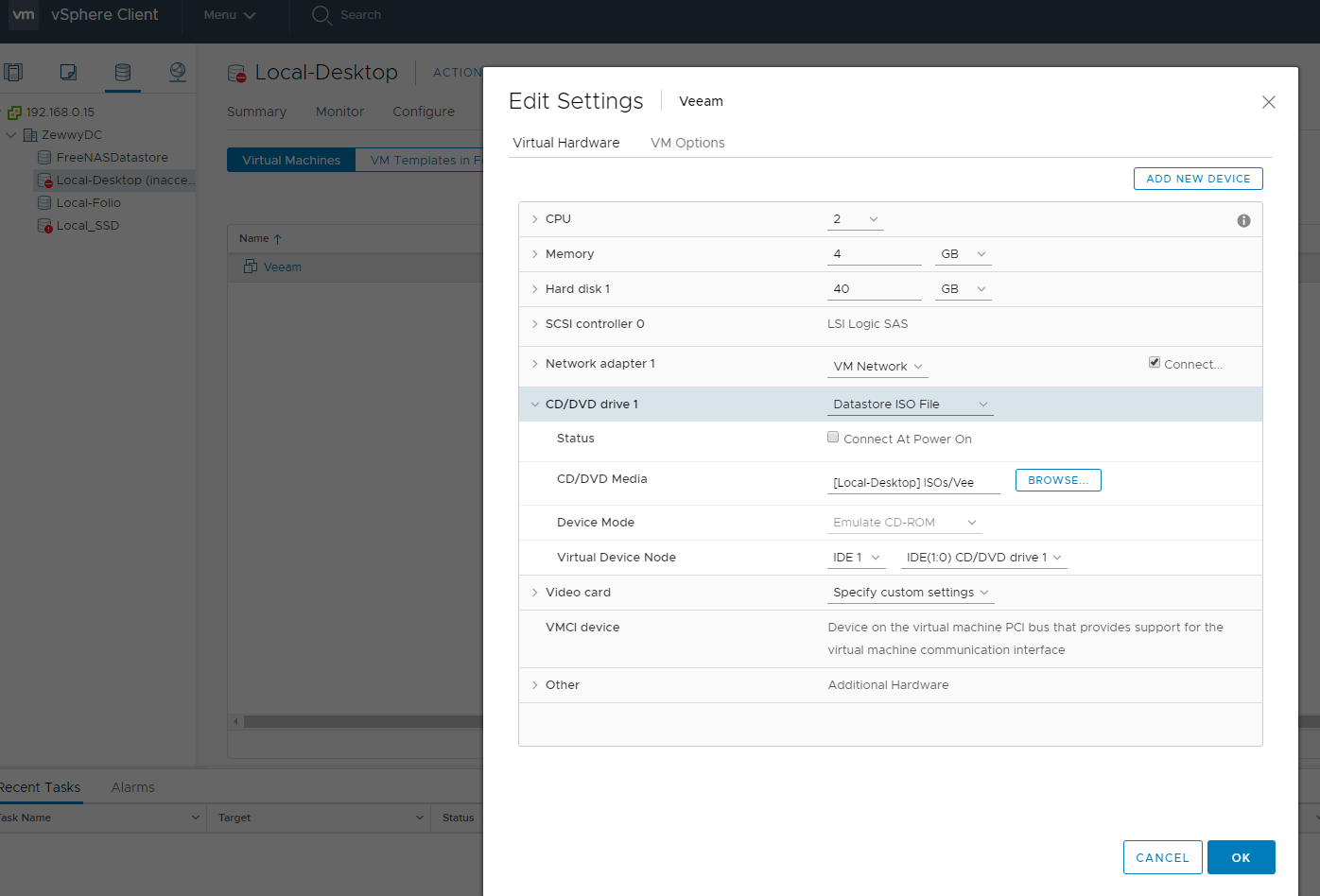 just as Mike said, as soon as I removed the association, by changing the VM to client device, the inaccessible datastore went away. 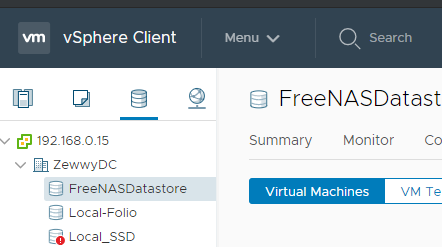 You can also check for templates, snapshots, etc.