Well it is slowly becoming a requirement, even for a site that simply shares content and has no portal or user information… such as my site… but may as well do it now since we can get certified certificates for free!!! Wooohoooo!

So doing a bit of research….

Alright so we are running Debian 8, let’s follow that cert-bot tut….

Let’s start by creating a snapshot, at this point I don’t exactly have backups running yet… I know I know… I was suppose to do Free Hypervisor Backup Part 3 where I redesign ghettoVCB’s script…. unfortunately I can only do so much and I have many projects on the run. I will get it to though, I promise! 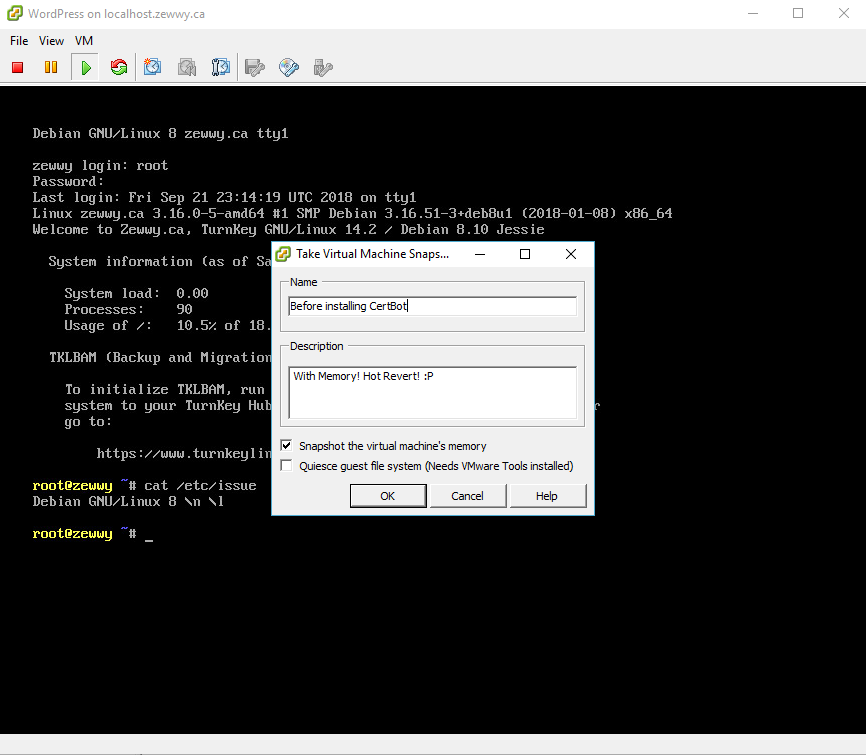 Now with that out of the way, running Cert-Bot…
Then I ran into some errors… oopsies…. 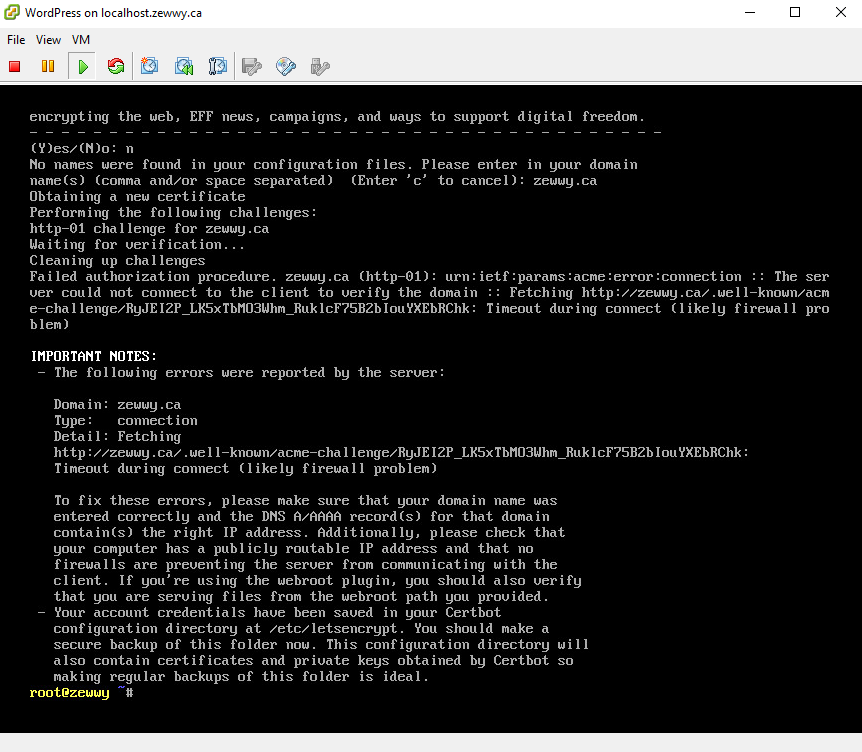 What happened?!?!
Well I was working through a lot of network redesign, and my public website, the very WordPress I was trying to get a certificate for,
had a NAT rule to get out to the internet, which is why the grabbing and running of the CertBot succeeded up until this point.
I didn’t create the NAT rule to allow HTTP traffic just yet as I was wanting to create this certificate first. Little did I know it was going to be a prerequisite
Anyway I had to update my Websites DNS record to point to my new public IP,
as well as create a NAT and security rule to allow my website to be accessible from the outside world…

I had to wait a while for DNS to replicate to other servers outside, specifically whichever ones Lets Encrypt servers use to locate and validate my requests from CertBot.
so…
after making the changes, and waiting a while I attempted to access my website from the internet again,
it was failing and then I realized my mistake was in the security rule I defined. correcting my security rule, I could access my website.
running Certbot again… 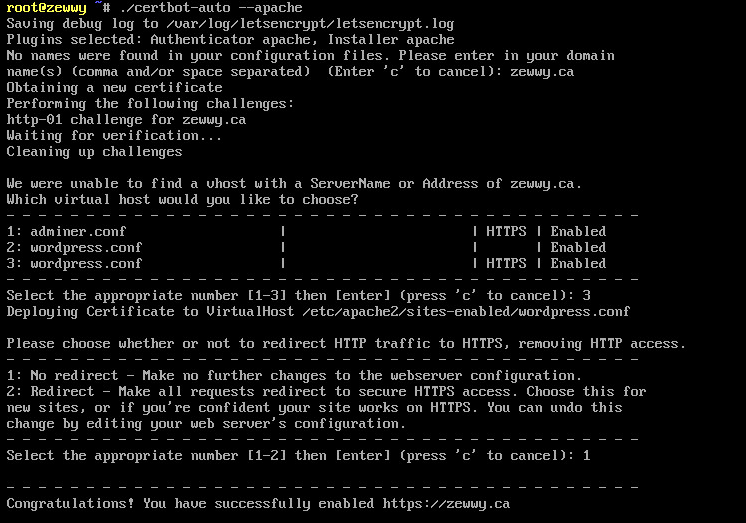 Yay, and it listed all the virtual hosts hosted by my turnkey wordpress..

That was literally it! CertBot made it so easy! Yay that’s a first! 😀