Since vCenter will not be support on Windows moving forward, all discussion of vCenter will simply be referenced by its new known acronym; VCSA. vCenter based on linux.

I just signed up for VMUG advantage as such I get to play with vCenter at home, yay, else get the required ISO from VMware’s product portal using your own VMware login ID.

Also, I technically only have 5.5 based hosts at this moment (I love the phat (C#) client).

Open/Mount the ISO on your OS of choice. For me in Windows, simply mount the ISO and navigate into the vcsa-ui-installer\Win32\installer.exe 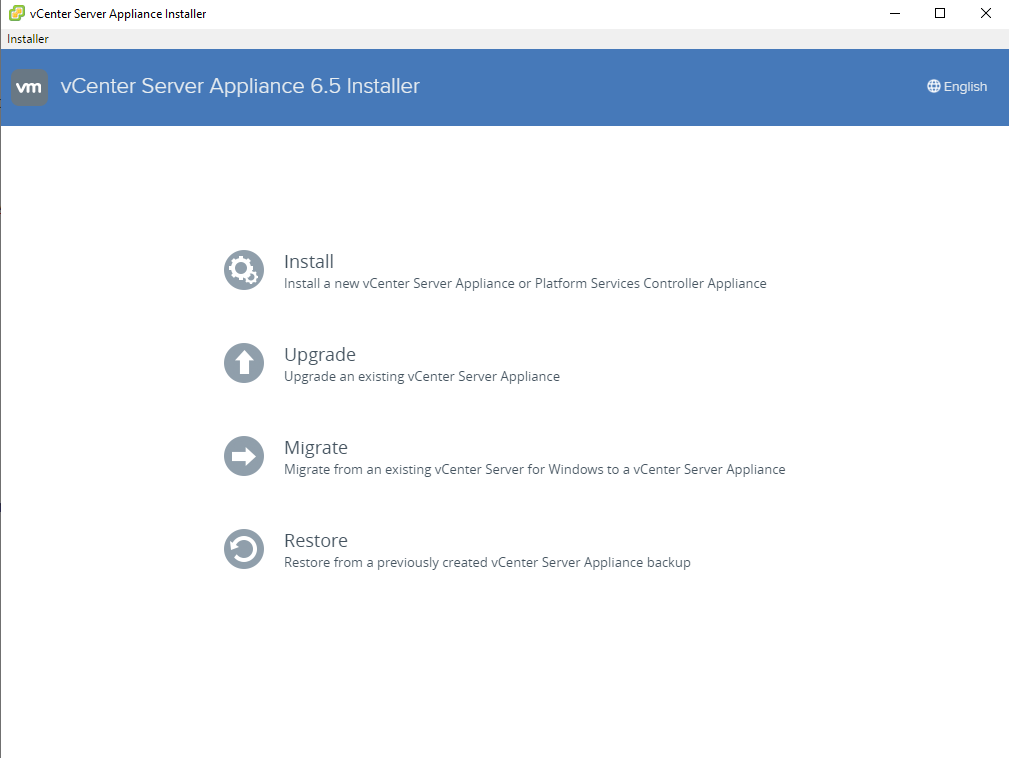 *Drools* I’m not sure what to do… *Clicks Install* 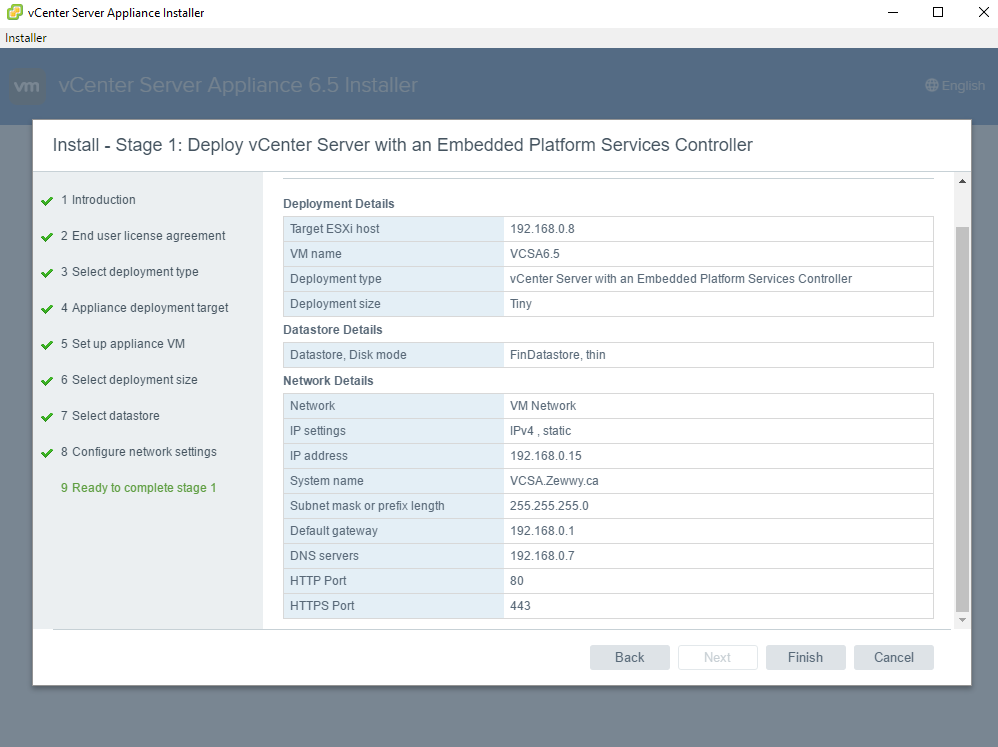 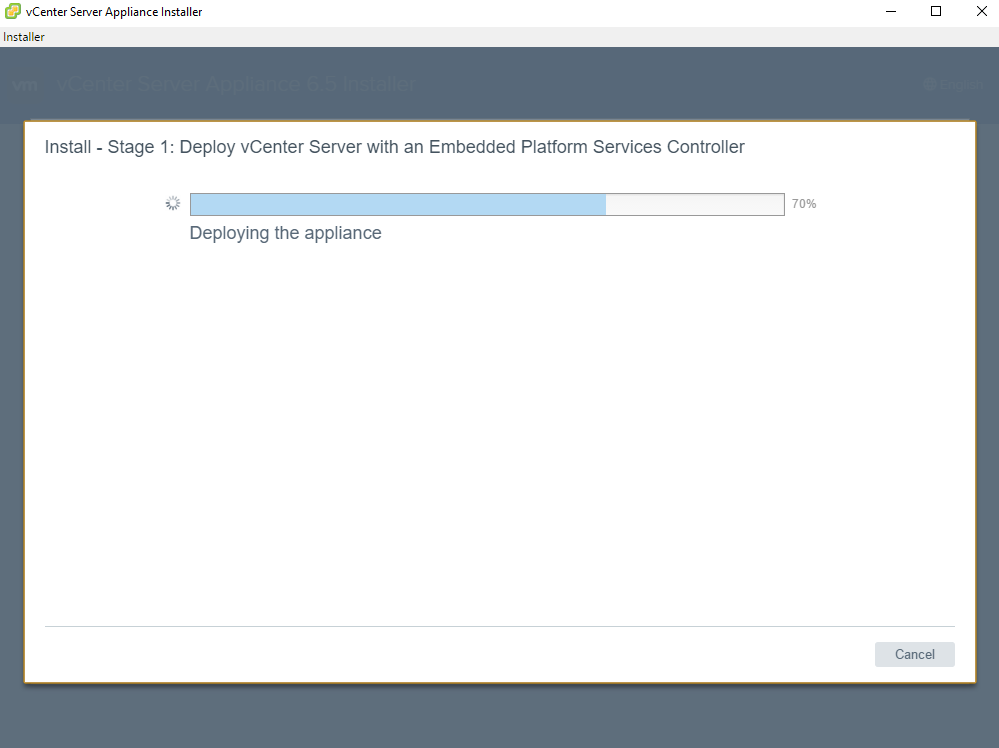 Now it states this will take a few minutes as it depends on, the hardware specs of the ESXi host it was deployed to, and maybe internet speed if these RPMs are not on the OVF template that was deployed. Also the VM has to boot. 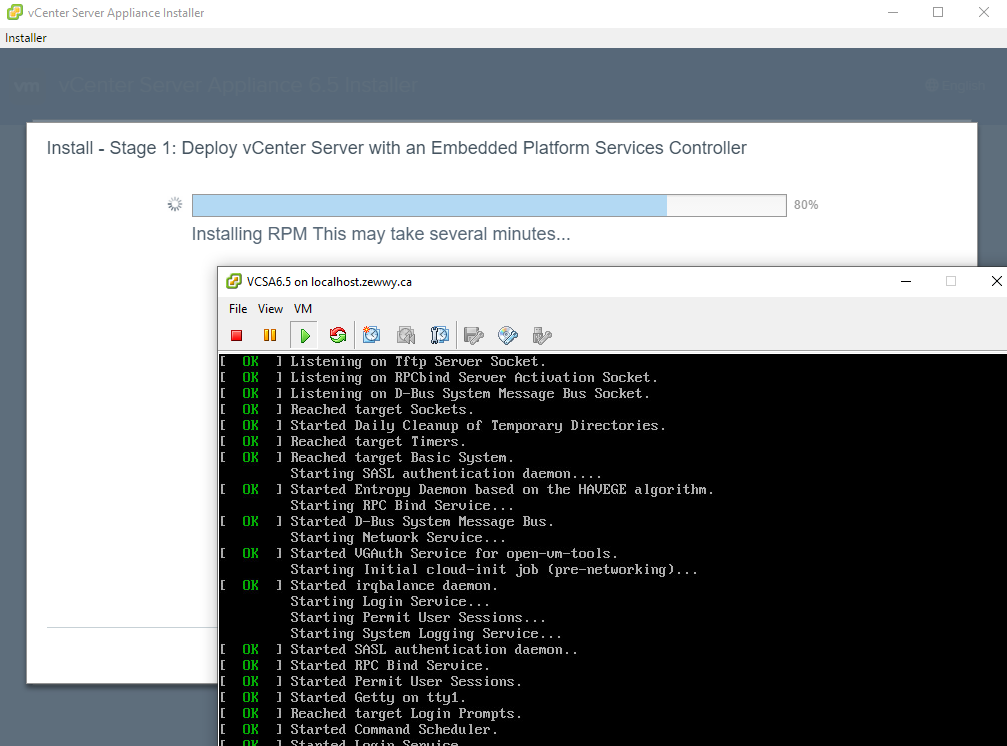 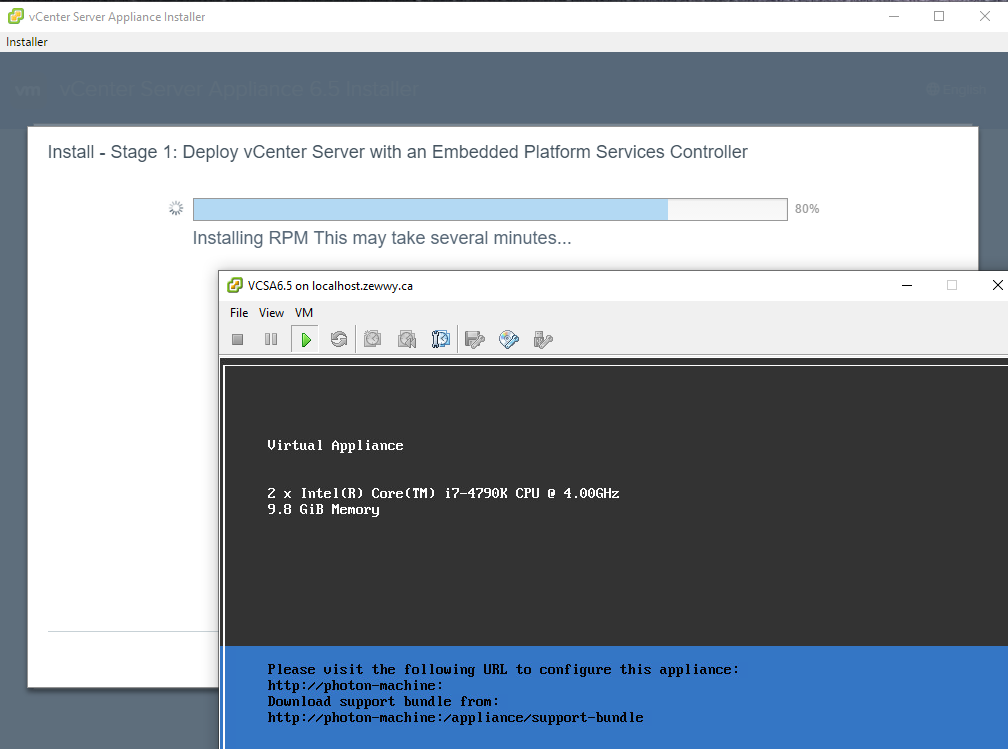 Interesting default… until it finally completes… 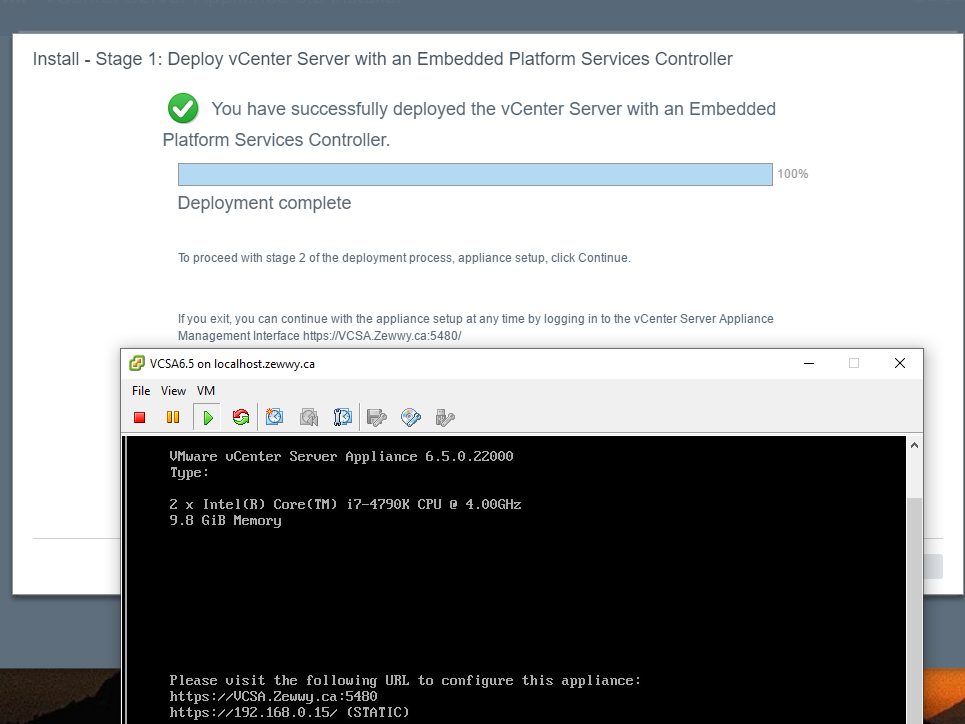 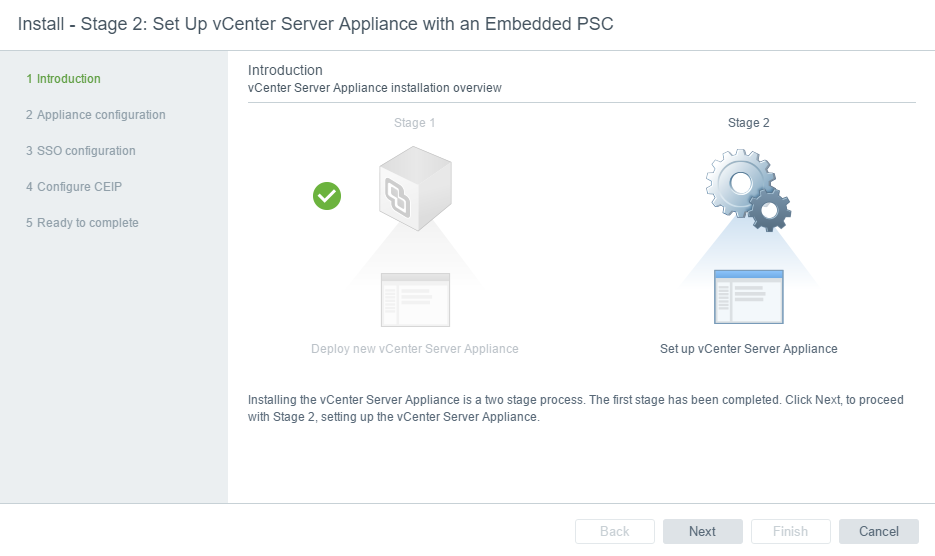 New SSO domain, create a password for administrator@vsphere.local (I’ll create a SSO domain for zewwy.ca later to allow my local AD based accounts to have logon rights later on in this or another tutorial).

Mhmm, after 2 attempts I kept getting a pschealth service error. I googled it but the VMware KB was rather useless.

On the third try, I set the system name to IP address, as well as set the vCenter to simply use the hosts time, instead of NTP (even though I used the same NTP server the host was using… so shrug), also waited a little bit longer when starting stage 2, and on the third try it finally succeeded the installation.

Then I added the license key and assigned it to vCenter. which was provided to me when I checked out the “purchase” on VMUG advantage partner site.

Over all the process is very straight forward. In the next post I’ll cover adding hosts, assigning keys, connecting VCSA to an AD server for an alternative SSO domain. Stay tuned!