If you got the administrative team in your org to handle all the ins and outs of WDS and ADM deployments including using DISM for driver injection for custom images and ALL THAT jazz. Rock on!

If you find you have only a small amount of OS’s to support and want to keep up with only one image of the latest version with set software without having to learn all the WDS and ADM, and networking with PXE and DHCP and all that fun stuff then this might be a nice alternative for your needs.

I used a VM and started it as follows:

All good right? Well normally after I dd the image and let the OOBE run, I like to extend the partition space from the initial 40 to the remainder of the local disk, whatever size it happens to be until… 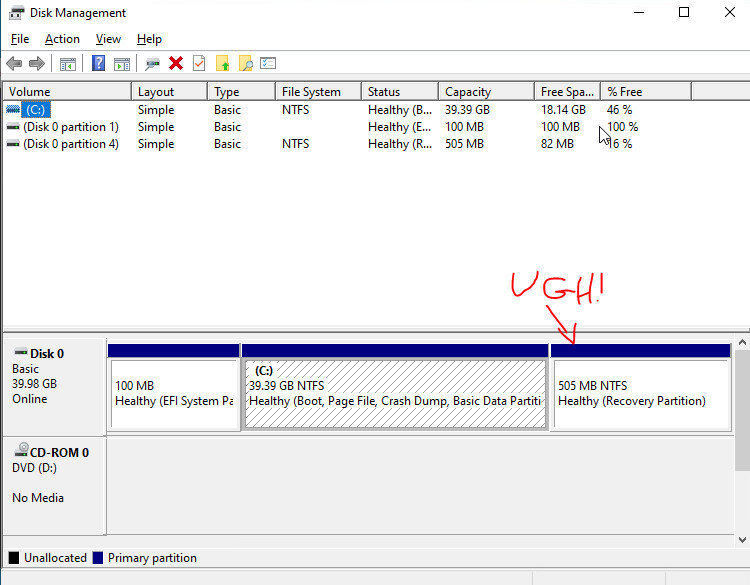 You might wondering what the big deal is here, now with the existing system, not much, however if I extend the VM’s drive to replicate copying this image over, you will notice the ability to extend the partition is grayed out this is cause the sectors of the partition would not be contiguous, which is not allowed with partitions on a disk… since MS provides no way to nicely move it using Disk Management we have to rely on other tools. In this case I’m going to rely on gparted.

You can grab gparted live from here

This is the part that sucks the most cause even though it’s easily possible MS made the install wizard place the WinRE partition at the end of the disk (this might be able to be manually configured, but I did the ol, pick disk, click install.

Normally I’d have my IODD device with a huge drive attach to write stuff to, but in this case since it’s a VM I’ll add a 1 Gig disk to save the WinRE partition to while moving the rest of the data to the end of the disk.

So add drive, then edit VM boot options to force into EUFI menu, then once powered on, upper right click disk icon and mount ISO, once all green dots to indicate they are mounted, boot from CD/DVD… 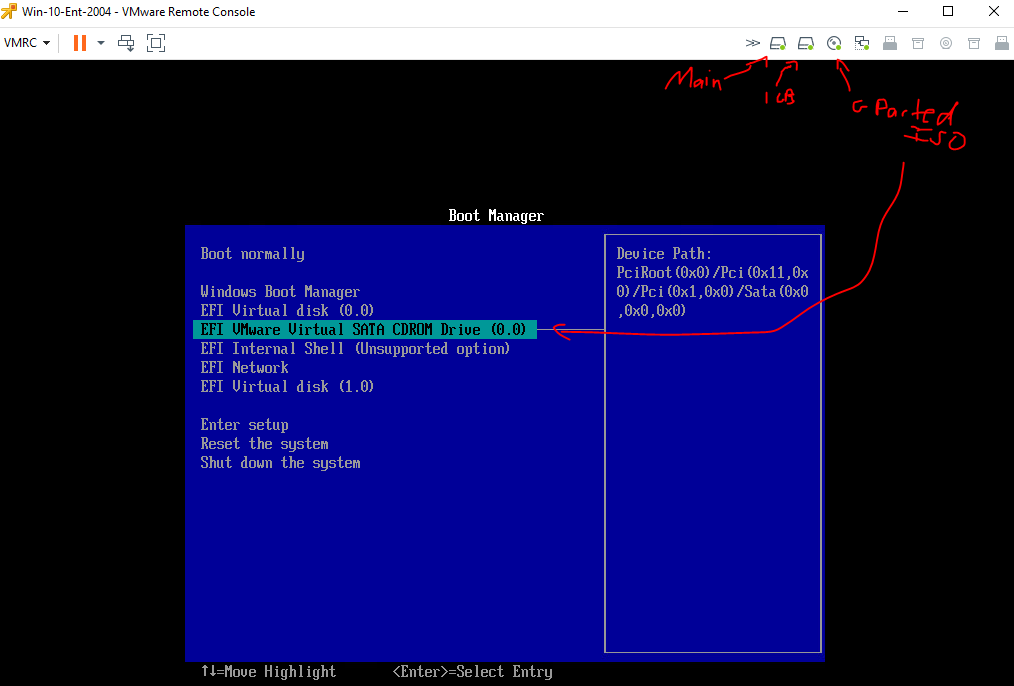 there it is, the two drives we want to work with, now lets quickly format the 1 gig drive..

Awesome, as you can see I then mounted that partition and used DD to copy the WinRE partition as a whole… 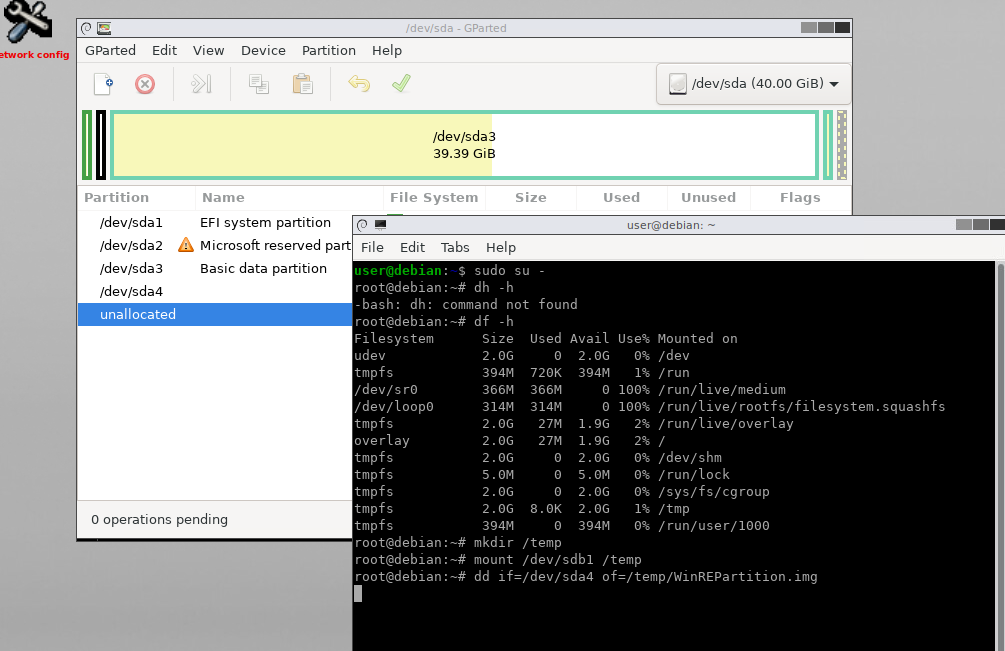 I sort of covered up the gparted window but I know /dev/sda4 was the WinRE partition based on the size and information.

Now for the biggest pain… we have to delete that partition, move the data partition over and then re-create the open space as the same partition we just deleted, and copy the contents back, so that the data partition sectors can be contiguous even though it remains the “3rd” partition.

Anyway let’s do this..

Delete the WinRE Parittion, /dev/sda4 in my case:

shift /dev/sda3 to end of disk, I selected move/size and just dragged the partition on the slider all the way to the right, click ok and it should look like this:

Now we re-create the /dev/sda4 as ntfs and hidden,diag flags: 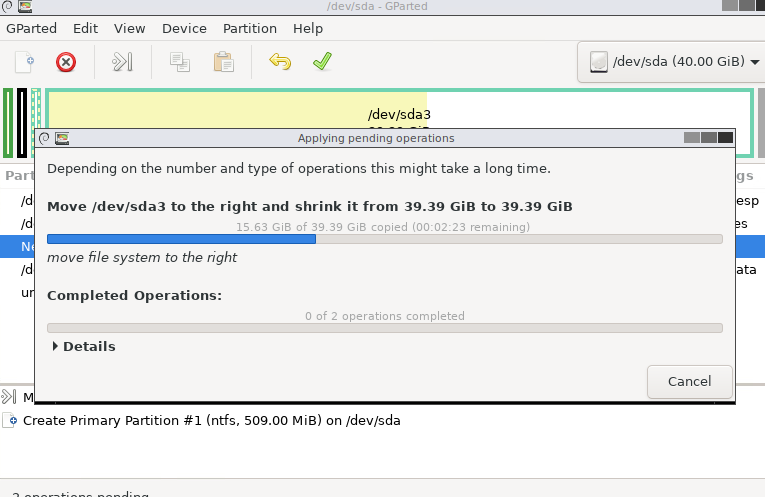 *NOTE* This takes a lot of CPU and Disk I/O as the all the data has to be shifted which is also why the alerts of possible data loss (if there’s any issue with the actual disk). So the time it takes depends on the size of the over data partition, also recommend to only do this after a backup, or some alternative copy is made. In terms of VMware I had this on it’s own VM cloned from another, I avoided a snapshot as it would create a delta v file larger than simply cloning the VM. High CPU and Disk I/O was noticed during this operation.

*Note* Manage flags will be grayed out till the partition is created and applied.

Then we copy the contents back… 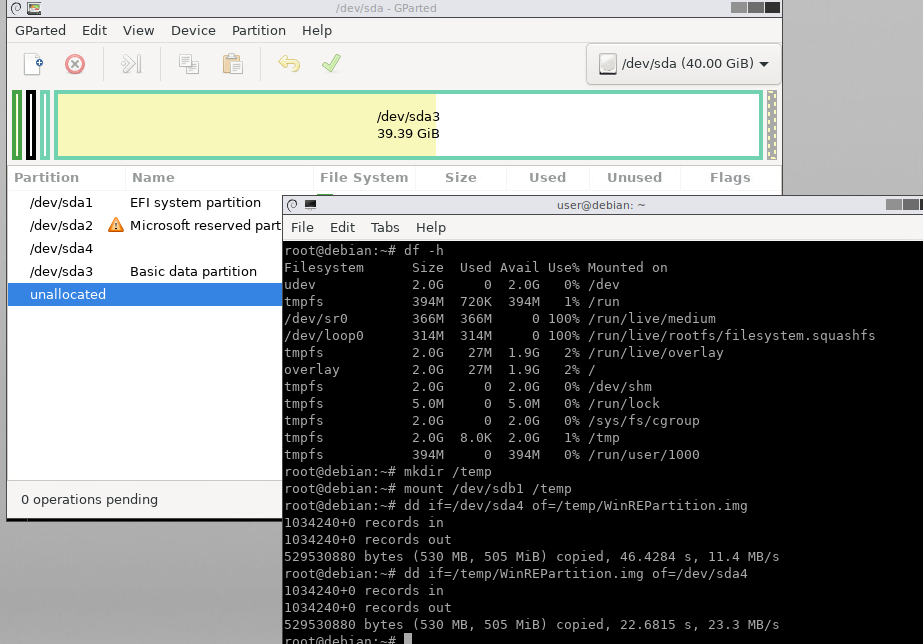 Time for the fun part, does windows still boot? 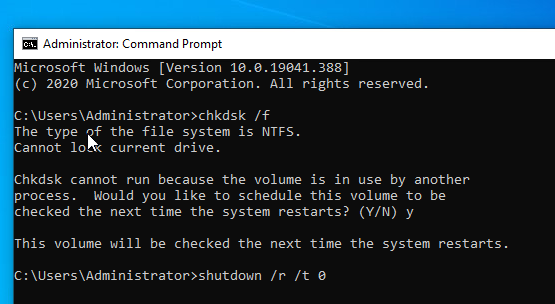 all’s good, and here’s a nice picture to show the data drive at the end of the disk as to be extendable to any machine it’s deployed to: 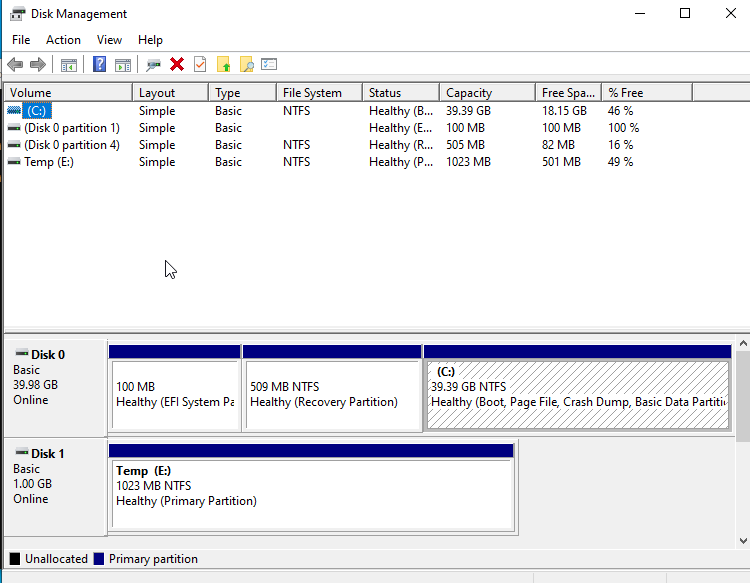 I can now remove the 1GB drive, and fix the WinRE now. 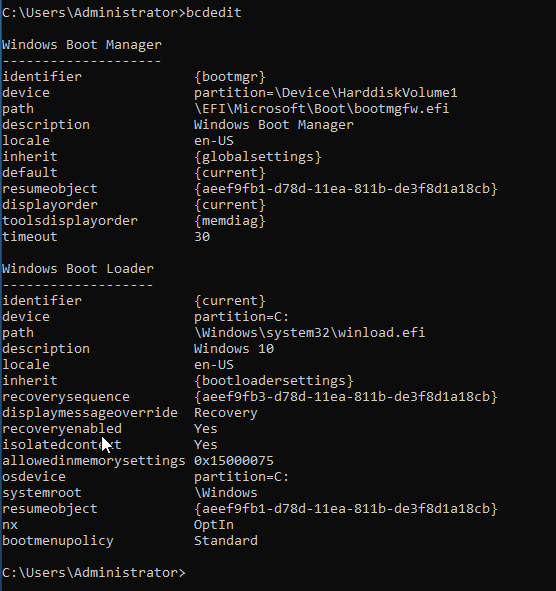 Then mount that recovery partition we moved above (part 4) 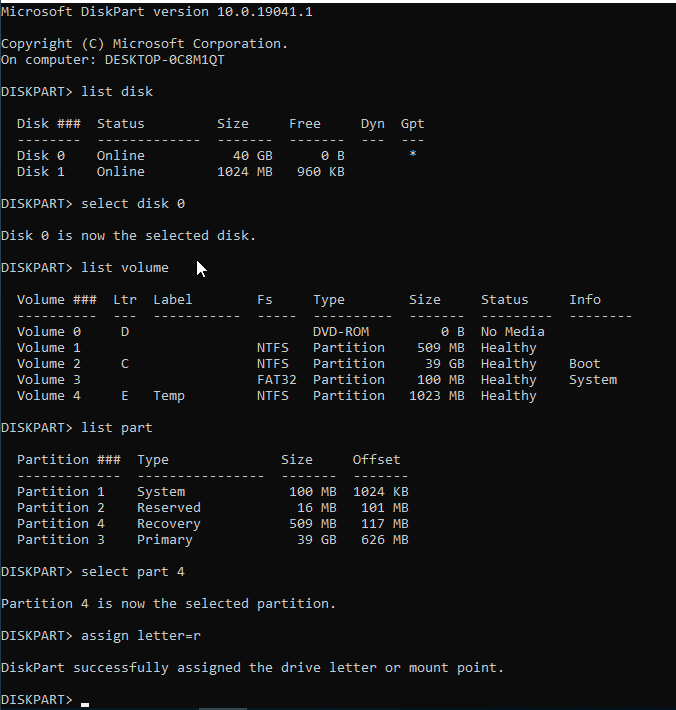 Then use reagentc to reset the path:

and of course error till I read this technet… offf 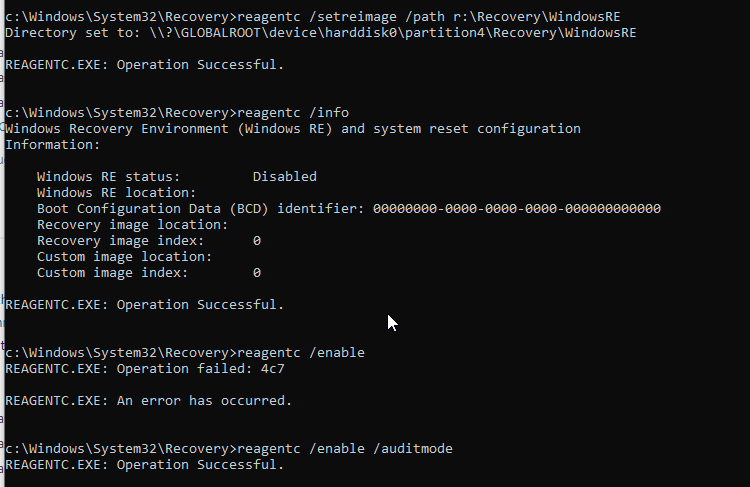