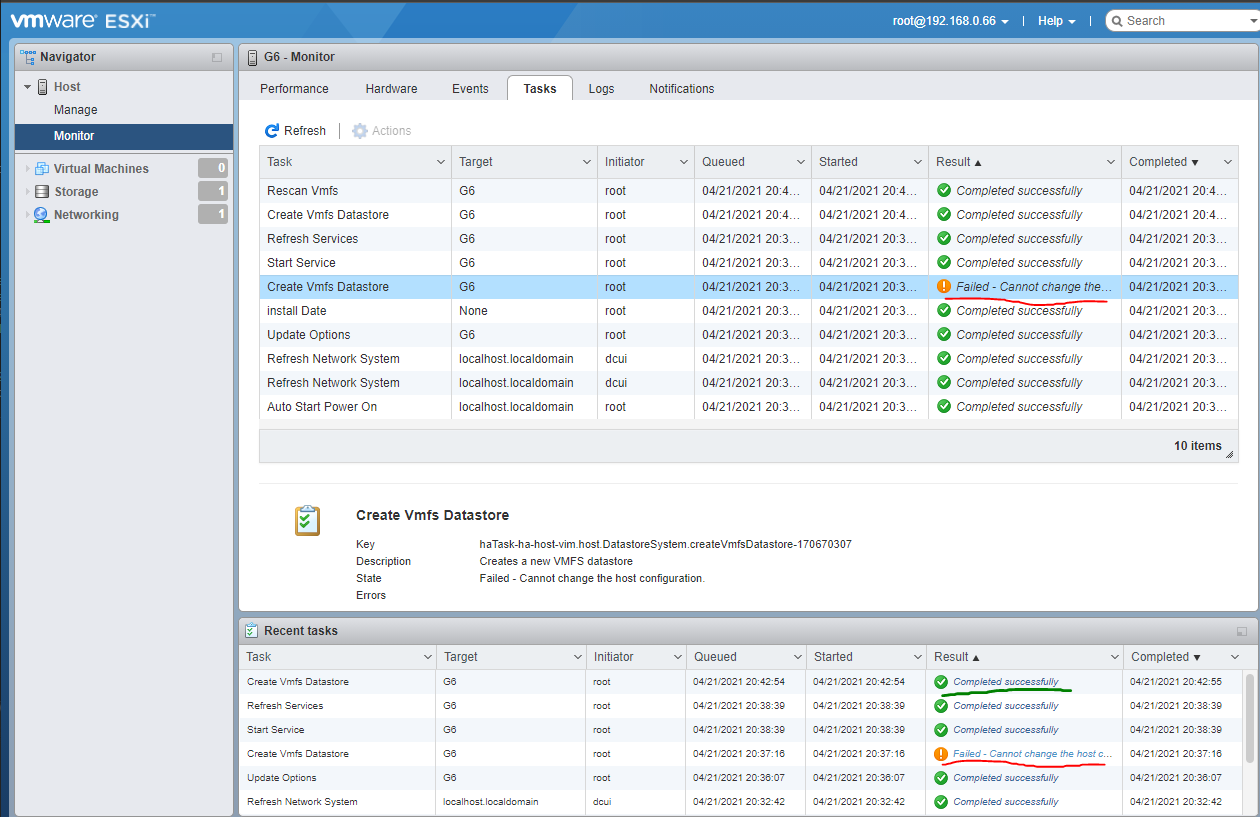 Well I booted up a new server, created a new logical drive, bot ESXi and Failed to create datastore… what is this?

(Verify the disk is seen. You will probably see your disk ID then :1. This is a partition on the disk. We only need to work about the main disk ID.)

(It will probably indicate that the GPT is located beyond the end of the disk.)

3. Wipe disk and rewrite with a basic MSDOS partion.

Go to create data store after this, yay it worked. Please note to use your own values, images are just for reference.

In the examples above, it would fail at creation of the datastore. In this example it failed at the point in the wizard to define the partition to create. with an error as follows:

“Either the selected disk already has a VMFS datastore or the host cannot perform a partition table conversion. Select another disk” in a nice red banner.

Now attempting My usual fix as mentioned above resulted in…

Had to clear the drives to fix this problem (delete logical drive) rip Drives out of server, use a USB enclosure to use “diskpart” and the “clean command on windows to clean the drives.

Then after that the health light on the server went off, saying my one disk or caddy is “unauthentic” even though it was just working. Apparently terrible engineer caddy’s.

Which to find out this issue I had to get into iLO which the admin password was unknown so had to run up my old blog post to get into that. and now after all that.. I have a headache.